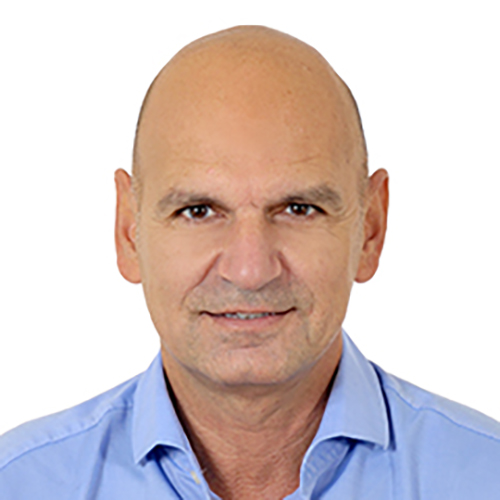 He graduated from the University of Athens Medical School in June of 1989 with Honors. Immediately following, he served for 2 years as a Second Lieutenant in the Hellenic Military Air force.

In 1997 Dr. Vlahos was accepted as a fellow by the Johns Hopkins Hospital, Baltimore USA, where he trained for three years in order to attain the subspecialty in Reproductive Endocrinology. The Reproductive Endocrinology Fellowship included comprehensive training in all of the assisted reproduction techniques, including, IVF, GIFT, ICSI, as well as all of the advanced Laparoscopic and Hysteroscopic surgical techniques.

In July of 1999 the University of Johns Hopkins offered Dr. Vlahos the position of Lecturer in Reproductive endocrinology.

In the year 2000 following written and oral exams he became Board Certified as a Reproductive Endocrinologist.

In 2001 Dr Vlachos was proclaimed Director of the department of Endometriosis and Laparoscopic Surgery at the Johns Hopkins Hospital; in the same year he also undertakes the responsibilities of Co-Director for the department of Assisted Reproduction and IVF.

In September of 2004 Dr. Vlahos is offered the position of Assistant Professor at the 2nd Department of Obstetrics and Gynecology of the University of Athens, as director of the division of Assisted Reproduction.

In December of 2010 he is promoted to the position of Associate Professor, and he became the director of the department of Endoscopic surgery of Aretaieion University Hospital. In May of 2015 Dr. Vlahos was promoted to the position of Full Professor of Obstetrics and Gynecology and Assisted Reproduction. From September of 2019 he has been the director and chairman of the 2nd department of Obstetrics and Gyneology at the Areteieion University hospital.

Dr Vlahos has been commended by the American Association of Gynecologic Laparoscopy Surgery (AAG) for his exemplary performance in laparoscopic surgery, he has been awarded the title “Top Doc In America for Endometriosis and IVF” and has been nominated several time for the WHO IS WHO in AMERICA as well as WHO is WHO in Medicine and Health Care. He has been the principal author of more than 120 scientific publications and contributing author for 8 medical books.

His main areas of interest are infertility and assisted reproduction, IVF, endometriosis, and advanced endoscopic surgery.

This website uses cookies to improve your experience while you navigate through the website. Out of these, the cookies that are categorized as necessary are stored on your browser as they are essential for the working of basic functionalities of the website. We also use third-party cookies that help us analyze and understand how you use this website. These cookies will be stored in your browser only with your consent. You also have the option to opt-out of these cookies. But opting out of some of these cookies may affect your browsing experience.
Necessary Always Enabled
Necessary cookies are absolutely essential for the website to function properly. These cookies ensure basic functionalities and security features of the website, anonymously.
Functional
Functional cookies help to perform certain functionalities like sharing the content of the website on social media platforms, collect feedbacks, and other third-party features.
Performance
Performance cookies are used to understand and analyze the key performance indexes of the website which helps in delivering a better user experience for the visitors.
Analytics
Analytical cookies are used to understand how visitors interact with the website. These cookies help provide information on metrics the number of visitors, bounce rate, traffic source, etc.
Advertisement
Advertisement cookies are used to provide visitors with relevant ads and marketing campaigns. These cookies track visitors across websites and collect information to provide customized ads.
Others
Other uncategorized cookies are those that are being analyzed and have not been classified into a category as yet.
SAVE & ACCEPT